Vanessa is a journalist at Wall Street Journal; that should be reason enough to be interested in following her Twitter feed, but there’s a lot more to tell. She is the entrepreneurship editor for WSJ, the creator of “The Accelerators” (a blog dedicated to start-ups), and was part of the small team of journal editors who launched the “Wall Street Journal Startup of the Year”. She coauthored the nonfiction book Wheelmen about Lance Armstrong, and lastly is a monitor for the WSJ panel “How I Built It” featuring well-known American entrepreneurs.

Rick Wartzman is a must follow. He is a contributor to @FortuneMagazine writing a colum titled Work 3.0, and he is the author of “The King of California” and “Obscene to the Extreme.” He is currently the Executive Director of Drucker Institute–Strengthening organizations to strengthen society. Rick’s Twitter feed is funny, honest, and full of helpful information for business owners.

Jeff is considered a business expert and has been on Fox News, CNN International, Bloomberg News, ABC and in publications including Forbes, Inc, Time, Fast Company, Wall Street Journal and many more. He has been the CEO and senior executive of many well-known startups, including Priceline.com. He serves on many charity and nonprofit boards, travels often as a keynote speaker at entrepreneurial and business leadership conventions. But there’s also the simple fact that his Twitter feed is probably the most lighthearted listed here. One of his most recent tweets is of him holding hands with the Dalai Llama in New York as he judged the Tibetan Innovation Challenge.

Rakia is the Twitter account you can’t miss. Her feed is personal, successful, and imaginative.  While we’re talking about social feed, we’re also going to throw in that you’re missing out if you’re not also following her on Instagram. Rakia is the owner of SkaiBlue Media, a marketing agency for lifestyle, technology, and non-profit brands. Rakia is a very successful small business owner, and she’s worth a follow if you’re looking for more upbeat success stories in your feed.

CEO’s, Presidents, and business owners have called on Howard for over 25 years.  He gives advice on business survival, stability, and profit turnaround. Howard’s motto on his Linkedin profile states, “If you’d like more success – more profit – less stress, then let’s talk.” He also hosts his own radio show called “Talk Business With Howard.” He has also been a contributing writer for the Linkedin Business and Selling Fearlessly blog. His Twitter feed has personal and motivational quotes, and many useful links to articles pertaining to running a successful business. 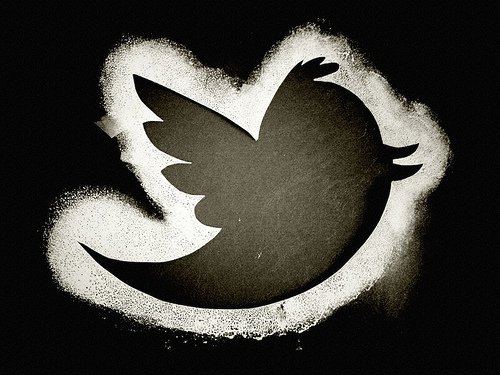 Nowadays, everyone can be found on a social media channel, and keeping up with the times means you have to be on several channels. But Twitter still reigns in many social circles as the best and fastest way to get the news you want to hear without having to scroll through your old college roommates posts. Here are 5 things you should be doing on Twitter to make your experience there worthwhile.

Hashtags are a way of Twitter life. Words (or phrases) that start with a pound are automatically turned into a link. You can now search through all the tweets that also used the same hashtag. Use tags in your profile bio to help you be seen in searches. Example: My name’s #Bob and I’m a lover of all things #Pizza.

Again, one of the best features of Twitter is that you decide whose tweets you want to see in your feed. You can also very easily divide your users into “Follow Lists” to help sort through the tweeting madness. Name your lists and then place the accounts you follow into the appropriate lists. For instance, you might have a list for your News, Friends, and Technology. Creating your lists will help keep your overall tweeting experience enjoyable.

Just as you have created Follow Lists, other users create lists as well. You can make these lists public and follow other account’s lists. If you follow Mashable for example, you can look at their 30 public lists. You can easily follow their entire staff members, or just their interns, or the Mashable staff members that are at SXSW. Can you understand what a gold mine public lists can be?!

It’s a well-known fact; tweets with videos and pictures garner more attention than words only. The Twitter app allows 30 second video creations, but you can also use Vine or other apps to help you get more from your tweets. This is also important because it helps you say more than your 140-character limit!

The search bar in Twitter seems pretty harmless and humble, but with a little know how, you can open doors you didn’t know possible! Here are a few hacks for the Twitter search engine.

Operator: love OR hate | Finds tweets: containing either “love” or “hate” (or both).

Twitter has a lot to offer as a social media channel. So use it to benefit you and your company! Feel free to share any tricks you might have as well. Also, check out our free 30 day trial on What Time Do I Work Software!